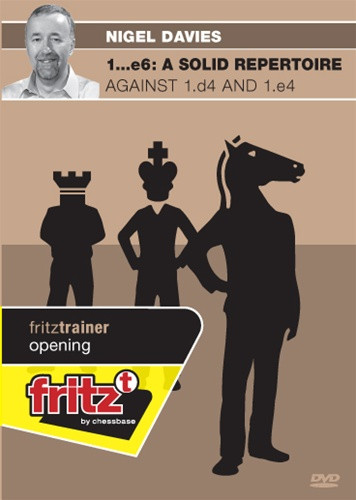 Many players struggle to find solid openings to play as Black, especially if they have relatively little time to study theory. This DVD addresses that problem, presenting a solid and easy-to-learn Black repertoire against White's two main opening moves, 1.e4 and 1.d4.

After 1.d4 e6 2.c4 Davies recommends another rarely played move, 2...Bb4+, a speciality of the great Paul Keres in his youth and more recently GM Vereslav Eingorn. Against 1.d4 e6 2.Nf3 Black can transpose into a Bogo-Indian with 2...Nf6 3.c4 Bb4+. The presentation is rounded off by showing how Black can meet various Queen's Pawn Games to form a complete, easy to learn yet sound way to play the opening in chess as Black.