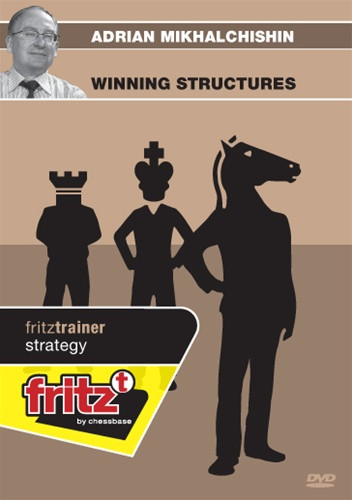 Great players always had (and still have!) more than just broad theoretical knowledge. Every one of them hasa fewfavorite methods, which simply help to score more points. The greatest even have favorite pawn structures! And they immediately exploited the knowledge discovered byothers - Alekhine invented some interesting structures, which were copied by his opponent in that famous game (vs. Rubinstein), and later exploited by Botvinnik and then by Kramnik!

The most popular type of central pawn structure is the isolated pawn. All classical players employed this structure at very high level, because itis considered a must for Grandmasters. And the great Tarrasch said, "Whoever is afraid of the Isolani,should give upchess!" We can say the same about other typical structures!

Adrian Mikhalchishin, a Grandmaster since 1978, is currently among the top 5 world trainers and the Chairman of the FIDE Trainers' Commission. He trained the team of USSR in 1980's, national teams of Slovenia, Poland and the Netherlands, and was the trainer of Anatoly Karpov (1980-1986), trained Zsuzsa Polgar, Alexander Beliavsky, Maja Chiburdanidze, Arkadij Naiditsch and Vassily Ivanchuk.