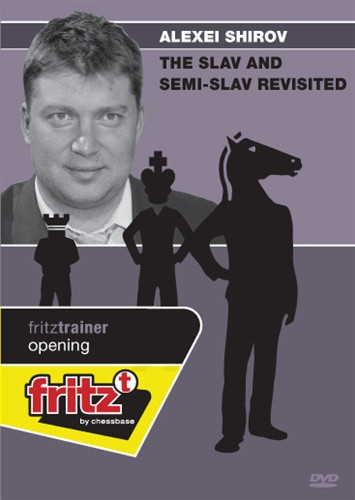 Alexei Shirov: My Best Games in the Slav and Semi-Slav Revisited - Chess Opening Software on DVD

Alexei Shirov: My Best Games in the
Slav and Semi-Slav Revisited

For Shirov the Slav and the Semi-Slav form one huge and common opening. Of course it is a mighty openingcomplex and the DVD cannot give a complete picture of it, but in the areas he chooses to highlight our author is an absolute expert and capable of giving the deepest possible insights into the secrets of this extremely solid opening. First, Shirov deals with the pure Slav.