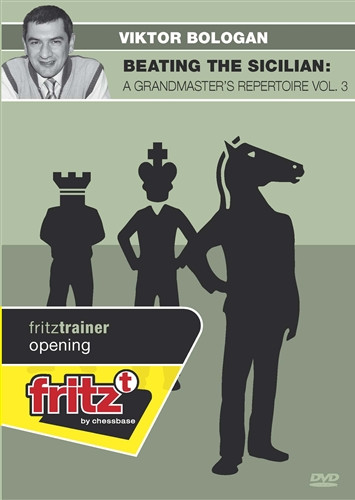 In the third volume of the Open Sicilian we will deal with Black's second move 2...e6 which he usually adopts when striving for a complex game full of subtleties in order to outplay White, especially when his opponent is lower rated. But the reverse side of the medal is that Black assumes quite high risks, and with strict reactions White can pose him serious problems. Of course the DVD is mainly dedicated to all kinds of Paulsen lines with 4...a6 and 4...Nc6, where against most of the main variations the author advises the same setup used against Najdorf and Dragon with Be3, f3 and Qd2, usually followed by castling Queenside.

Despite the many games being played every day, Black is still far from safe equality here. Apart from some side lines like 5...Bb4, quite important is to learn how to play the classical Keres Attack. After 6.g4, the main recommendation here, only the variation with 6...e5 still poses White unpleasant questions - to which of course the author has tried to come up with some answers. With the final word on the Sicilian trilogy, he encourages the viewer to play the Open Sicilian and to have the DVDs as partners, consultants and if lucky a friend in both critical and good situations.