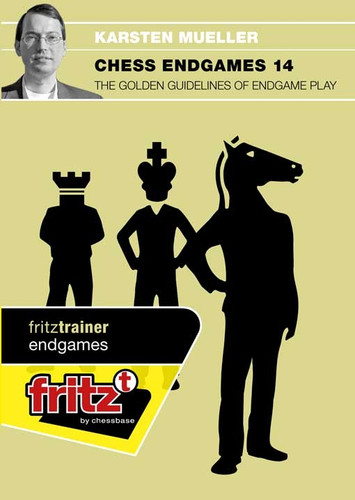 Rules of thumb are the key to everything when you are having to set the correct course in a complex endgame. In this final DVD of his series on the endgame, our endgame specialist introduces you to the most important of these rules of thumb. The first part deals with general guidelines such as åÒactivate the kingåÓ, åÒthe rook belongs behind passed pawnsåÓ, åÒdo not rushåÓ. In addition to such principles which are specific to the endgame, there are also rules of thumb as to making the correct exchanges, prophylaxis, improving the position of the worst placed piece, which you should already be taking into account in the middlegame! The second part is sorted by material, going from pawn endings to endings with rook and minor piece against rook and minor piece. Once again Karsten MÌ?ller will hone your sixth sense for discovering when there are exceptions to the rules. Because only this ability, which goes beyond the mere learning by heart of the rules of thumb, is the sign of real mastery. This DVD forms the final part of Karsten MÌ?ller's series on the endgame, which already belongs to the classics of endgame theory. It is a must for the fans of the grandmaster from Hamburg!

The grandmaster from Hamburg Dr. Karsten Mueller has been playing in the top division of the Bundesliga for the Hamburg Chess Club since 1988 and in 1996 and 1997 he came in third in the German Championship. An internationally recognised expert on the endgame, he writes the Endgame Column for ChessBase Magazine and the Endgame Corner on ChessCafe.com.