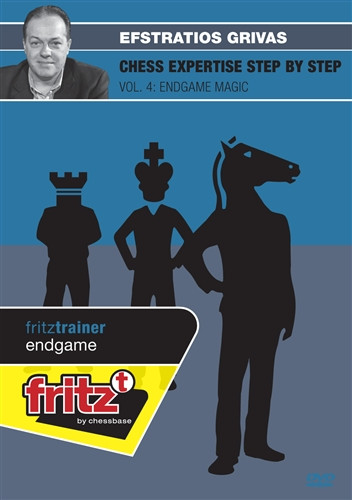 The last part of the game is where a well educated player can set the opponent the most problems. The weight of each move increases; each mistake can prove very costly, great accuracy is required. In our times, with the abolition of adjournments and the increasingly faster time-controls, endgame knowledge has acquired greater significance than never before. This DVD, called "Endgame Magic", tries to cover important parts on this field and help to assimilate knowledge and understand in depth the proper handling of endgame in certain cases. We will examine how to benefit from the isolani in the endgame, how to try to win or defend when a Rook and Rook's pawn vs a Bishop and Rook's pawn (on the same side) endgame arise, the technique of the "square" when the advantage of the Exchange seems to be difficult to capitalize upon, how to win or defend with a plain Queen vs a plain Rook, how to benefit from our opponent's shattered pawns, how to play some specific pawn endings and finally what are the problems of the Exchange-up when facing the Bishop pair. As Laurence Fishburn has mentioned in Matrix, "There is a difference between knowing the path and walking the path!"