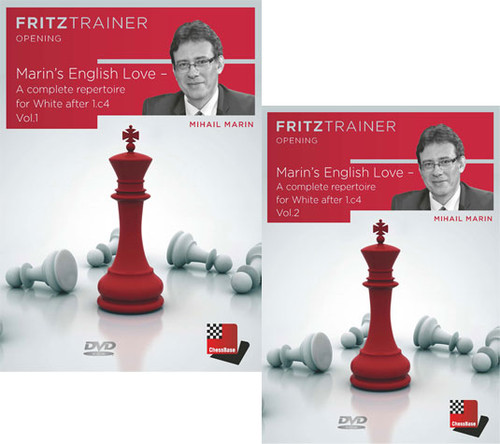 English Love, Vol. 1 and 2: A Complete Repertoire for White after 1.c4 - Chess Opening Software on DVD

English Love, Vol. 1 and 2
A Complete Repertoire for White after 1.c4
by Mihail Marin