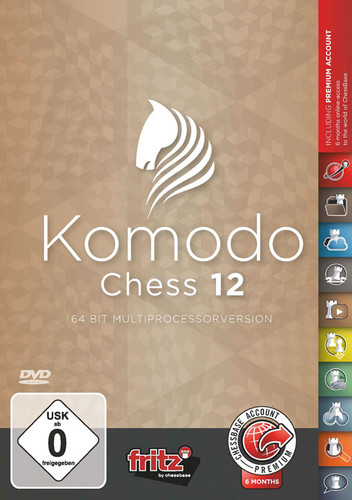 The developing team of computer expert Mark Lefler and chess Grandmaster Larry Kaufman has cranked up the playing strength of the top program a bit further. And on the other hand a Komodo 12 “Monte Carlo” version is included. Here the engine behaves quite differently in analysis: within a short time it plays a whole series of games against itself and comes to its evaluations based on the results of these games. As for playing strength, the “Monte-Carlo” version is not yet up there with the classical Komodo 12. But what is interesting is that the playing style of the two versions clearly differs: the “Monte-Carlo” version plays clearly more aggressively and thus also bases its play less on the material balance on the board. Komodo 12 is thus two things: an absolutely top program and an exciting analysis partner, which will often surprise you with its suggestions and introduce you to interesting ideas!