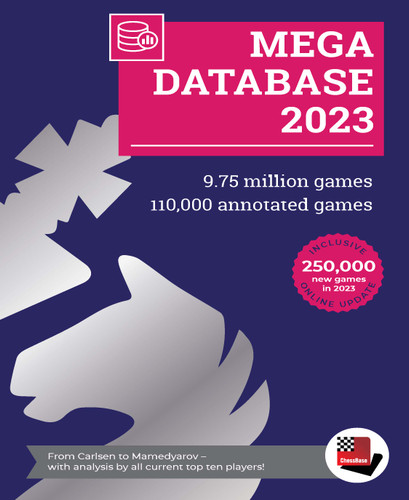 The ChessBase Mega Database 2023 is the premiere chess database with over 9.75 million games from 1475 to 2022 in high quality. Packing more than 110,000 annotated games, Mega 2023 contains the world‘s largest collection of high-class analysed games. Train like a pro! Prepare for your opponents with ChessBase and the Mega Database 2023. Let grandmasters explain how to best handle your favorite variations, improve your repertoire and much more.

• Comfortable design with even more top-level tournaments than ever before!