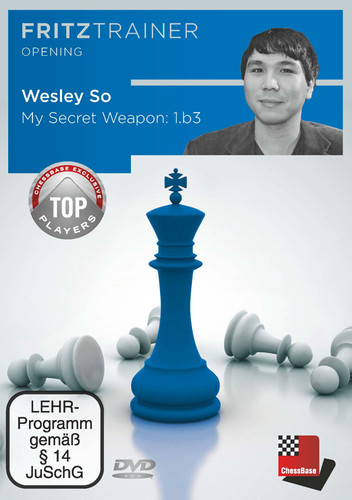 My Secret Weapon: 1.b3
The Nimzowitsch-Larsen Attack
by Wesley So

In a total of nine video clips, So talks to IM Oliver Reeh, explaining his view of White’s strategy after the four main replies bv Black: 1...e5, 1...d5 (2.Nf3!), 1...c5 and 1...Nf6. Often, play transposes to openings like the Queen’s Indian or the Nimzo-Indian with reversed colors where White simply is a valuable tempo up. Also possible are transitions to the English Opening where once again the move 1.b3 proves very advantageous to White - his Bishop will always be the first to appear on the long diagonal!