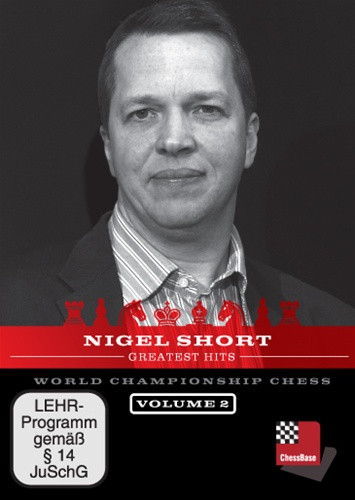 Nigel David Short is generally regarded as the strongest British Grandmaster of the 20th century. Born on June 1st 1965 he started out as a chess prodigy, first attracting media attention by beating Viktor Korchnoi and Tigran Petrosian in simultaneous exhibitions at the age of ten and twelve years respectively. At the age of 14 he became the youngest IM in history, breaking Bobby Fischer's previous record, and at 16 he came second (to Garry Kasparov) at the under 20 World Junior Championship in Dortmund.

In 1985 Nigel became Britian's first ever candidate for the World Championship, and in 1993 he made it all the way to the final by beating Anatoly Karpov and Jan Timman. He only lost to World Champion Garry Kasparov in the title match in London. Since then he has remained active at the highest levels of competitive chess, but has also become a chess columnist, commentator and also a coach for promising young talents. He is considered one of the most entertaining and outspoken personalities in the chess world. In his DVDs "Greatest Hits" Nigel takes us on an electrifying journey through a very rich chess career, which saw him beat no less than twelve world champions. His experience in tournaments and matches all over the world - Short has visited a total of 89 countries - can be seen in the narratives that precede the games which he annotates with humor and instructive insights.