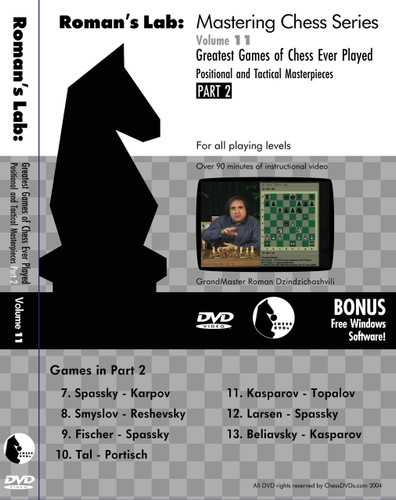 Hosted by Grandmaster Roman Dzindzichashvili, this video is an invaluable guide to learning chess openings, strategy and tactics - based upon examining

The criteria for selection of these positional and tactical chess masterpieces was a high level of play by both sides and how the game contributed to the history of chess.