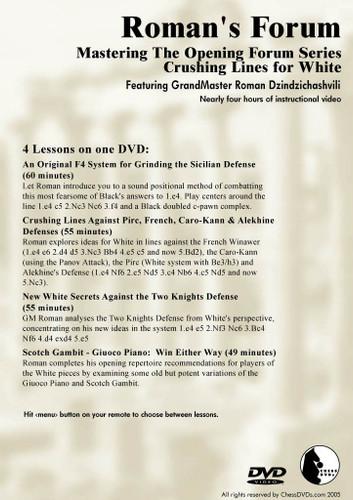 4 Lessons on one DVD: Over 3 Hours of Chess Instruction on Chess DVD

An Original f4 System for Grinding the Sicilian Defense (60 minutes)