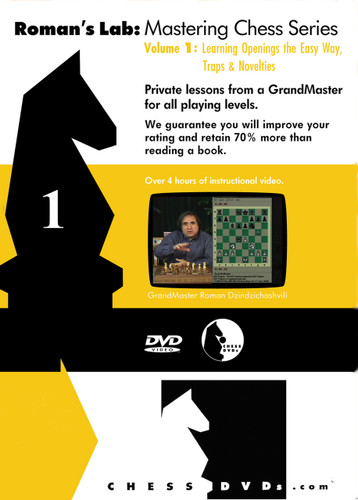 Traps and Novelties in the Opening

* Learn chess openings the easy way - your guide to worry-free openings, based on understanding rather than a memory contest.
* Avoiding & creating opening traps - the secrets to avoiding and creating opening traps without damaging your position.
* Dangers & advantages of choosing sharp openings - tactics you can't live without in sharp modern openings.
* Punishment for delaying development in the opening - punishment meted out for typical materialist at the expense of development.
* Creating opening novelties - important updates on a number of novelties introduced in previous Roman Forum DVDs.