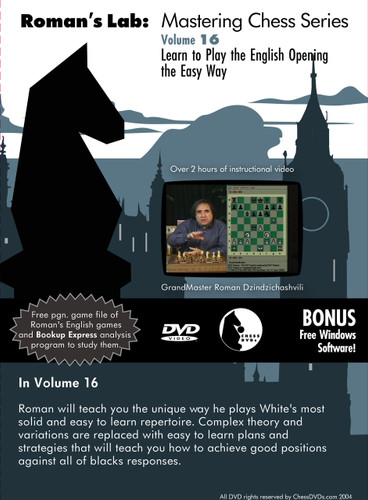 Learn to Play the English Opening - The Easy Way

Hosted by Grandmaster Roman Dzindzichashvili, former US and Russian Champion and Coach of World Champion Garry Kasparov, this video is an invaluable guide to learning Chess openings, based upon understanding rather than memorization.

Roman will teach you the unique way he plays the English Opening, making it White's most solid debut and an easy-to-learn repertoire. Complex theory and variations are replaced with systematic plans and strategies that will teach you how to achieve good positions against all of Black's responses.

The DVD also includes a free PGN game file of games played by Roman with the English Opening, along with a free Bookup Express program to help you analyze and study them.