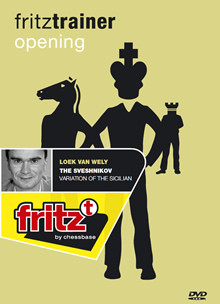 The Sveshnikov Variation of the Sicilian

Born in 1972, Loek van Wely learned chess at the age of 4 and was soon recognized as one of the greatest talents in the Netherlands ever. After becoming Grandmaster in 1993, he steadily climbed up the Elo ladder to reach a peak of 2714 and a place among the top ten in the world in 2001. From the years 2000 to 2005, åÔKing Loek' won the Dutch national championship six time in a row. His reputation as an uncompromising fighter with a merciless will to win make him a most welcome guest in tournaments all over the world.. Among van Wely's greatest successes are his triumphs at the Berlin Open in 1991, the World Open in Philadelphia in 1992 and the New York Open in 1995. In 2005, he was the top board of the victorious Dutch team at the European team championship in Gothenburg