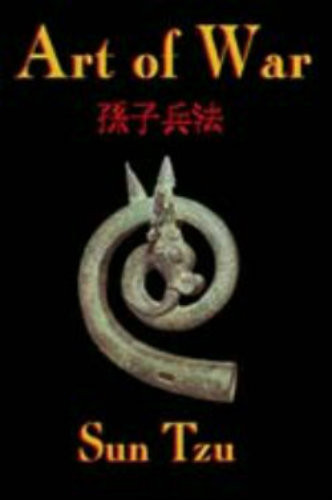 Although Sun Tzu's Art of War was written more than 2,600 years ago, it stands today as the pre-eminent work on military strategy, the most brilliant exposition of armed conflict ever composed. This profound manual was penned in the age of chariots and spears, yet generals and field commanders have relied upon its wisdom throughout the ages. Even in this century, the number of staff college lectures beginning, "Sun Tzu said..." are probably countless. A paradox indeed, given our dreadful advances in the technology of warfare! Why, then, would a modern army concern itself with parchment aphorisms from a misty, forgotten time? Why probe the alien mind of a long-dead Chinese warrior?

That is the greatness of the Art of War. For it happens that the underlying science of combat remains little changed - the craft of deception, interpreting terrain, the movement of material and men, the discipline and motivation of troops. These elements are immutable, and those who must carry the sword have always turned to Sun Tzu for enlightenment and inspiration. Yet the Art of War is much more than a guidebook for soldiers, and the precepts found therein have their application in every quarter of life - from sports and games to business and finance. Simply put, the sphere of conflict and competition extend far beyond the battlefield's front line, but into the boardrooms and bedrooms of every life!

This edition of Sun Tzu's Art of War is taken from the first English translation by Lionel Giles. It has been painstakingly edited, correcting the many textual errors that crept in over the years. Not only has Giles' beautiful rendering of the Chinese original been restored, but his full commentary has been retained as well. The depth of scholarship displayed by Giles is breathtaking, and his grasp of the source material incorporated here is without parallel. After Giles, all later versions of this military classic may be likened to truncated abridgements, mere trifles for popular consumption. There is one Sun Tzu, and one Art of War - settle for nothing less!

This ChessCentral eClassic has been enhanced with period art work, and a special appendix of web resources. Pickard & Son continues to lead the eBook revolution, so prepare yourself for an experience unlike anything available elsewhere - a complete synthesis of technology, art, and literature.

Welcome to the Art of War...enjoy and grow wise!

Read an excerpt from Art of War