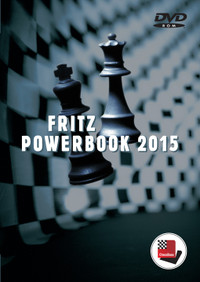 Computer chess programs are, in some regards, just like human players; an individual chess player is good at what he's good at. I've known guys who couldn't play an opening to save their lives but could crush you easily in nearly any endgame (assuming their bad opening play allowed them to get that far). I've known players who were booked to the gills on dozens of openings but who couldn't find a simple Rook mate with a searchlight, a map, a GPS unit, and three Sherpa guides. Some players love open tactical positions - these are the guys who always swear under their breath when you steer the opening into a closed game. We've all known an old guy down at the chess club who hates the King's Gambit but will gladly spend a whole afternoon on one closed positional game, slowly maneuvering his pieces behind locked pawns until he squeezes your position to death.

Computers are a lot like the players who love open positions and hate the "slow squeeze" of positional play. Chess programs are good at what they're good at, and they excel at tactics. Give a good program running on a fast computer a wide-open position and it'll kill you every time. That's why the opening books that come with ChessBase's various chess programs are "tuned" to prefer open positions; the books are specially edited to discourage the programs from playing closed games if they can be avoided. And that's why you tend to see open games repeatedly when you play against them.

That's all well and good if your primary human opposition plays like a computer (e.g. the guy I mentioned above who loves open games). But what about that septugenarian at the chess club who wants to squeeze you to death with some closed d-pawn debut game after game? How are you going to prepare for him?

And thus we come to the main point of Fritz Powerbook. It's a much larger opening book which isn't "tuned" to favor the way a computer program plays chess. If you load Powerbook as your chess program's default opening book, you're going to see your chess engine play a much wider array of openings than it plays with its normal opening book which comes with the program. (That's in bold type for a reason -- you would not believe how often I'm asked, "What's Powerbook?")

All of this additional opening knowledge comes with a price, though: when using Powerbook, your chess engine is going to play openings which computer programs are traditionally very bad at playing. Instead of favoring open positions exclusively, your electronic sparring partner is going to occasionally play openings which lead to closed games. This gives you two opportunities rolled into one: you'll get to practice openings that you'll normally never see with the engine's regular opening book and, if you're one of those folks who's very skilled at "anti-computer chess", you'll also have a shot at beating the beast every now and again.

This leads to a second important point about Powerbook: if you're playing computer vs computer chess (online or off) and you think Powerbook is going to give your favorite hardware/software combo an edge, you're wrong. In fact, Powerbook will likely cause your engine to have worse results in practical computer vs. computer play. Engine versus engine competition is not what Powerbook was designed for; instead, it's intended as a tool for the human player who wishes to practice against a wider range of openings. It's also a training device for the human player due to the statistical information which the opening book contains.

Let's take a look at what's on the Powerbook DVD. First and foremost it contains the huge honker of an opening book, Powerbook. Derived from more than a million and a half actual tournament games, it contains more than eighteen million individual opening positions. (I'm sometimes asked how many variations that comprises. Man, who knows? Given the transpositional nature of the chess opening [and the Powerbook itself], it could be any number of individual variations. The quick and dirty answer is this: assuming an average of eighteen moves a variation, that's a million variations. Either way, that's a lot of chess.) The Powerbook opening tree/book requires about 2 GB of hard disk space; of course, you have the option of accessing it directly from the DVD at the cost of some response time (data access from a hard drive is much faster than from a removable medium such as a DVD).

If you want to know the exact source of the Powerbook's information, we've got you covered there as well -- the DVD also contains the Powerbook database of over 1.6 million unannotated games. This database is provided for more than just "verification" purposes. If you launch ChessBase, open the Powerbook database, and load the Powerbook tree as the default opening book, you can switch back and forth between the games and the tree. If you're replaying a game from the database and wish to see known theory from any point in the opening, you can just click on the "Openings book" tab in the Notation pane to see all the known moves from that point and statistical information for each candidate: success rate, number of games, and Elo rating average for the players involved. Likewise if you're stepping through moves in the tree and you wish to see the games in which a particular position appeared, just right-click and select "Search" from the popup menu; ChessBase will pull up all of the games from the Powerbook database in which that position occurred, As you can see, the Powerbook tree and database combination is a very powerful tool for opening research.

There's a third component to the Powerbook DVD: the "Strong" opening book. This book is a subset of the main Powerbook and, as you likely have surmised from the use of the word "subset", it's a much smaller opening book in terms of both disk space and number of chess positions contained therein. The Strong book requires 130 MB of hard drive space, is derived from nearly 90,000 games from upper-echelon chess events, and contains nearly 1,800,000 individual positions. If you want to limit your chess engine to moves from the very top level tournaments or you're just finding hard drive space at a premium on your machine, you might want to consider using the Strong book in place of the Powerbook proper.

These three elements (the Powerbook tree, the Powerbook database, and the Strong book/tree) are the full contents of the Fritz Powerbook DVD. And do please note the use of the term "DVD"; your computer will require a DVD drive in order for you to use this disk. You'll also need ChessBase or one of the ChessBase-produced chessplaying programs; Powerbook is not a "standalone" product and requires the user to have one or more of those programs.

This article is derived from another by the same author which was originally published by ChessBase GmbH. Reprinted here by permission of the author. The specific numbers regarding games, drive space, etc. appearing in this present version of the article refer to Fritz Powerbook 2010; later versions will likely have different (larger) figures.