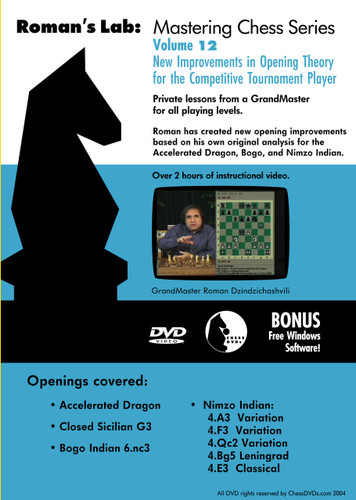 Roman, one of the world's leading authorities on opening theory, shares his new analysis and improvements in the opening, allowing you to maximize your opening play. This Video Download is for the ambitious player who never wants to be without an excellent response when meeting some of White's most solid openings.