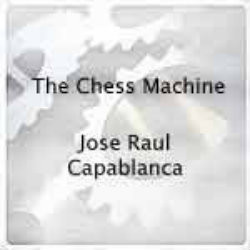 No chess player's education is complete without reference to the games and works of Jose Raul Capablanca, 3rd World Chess Champion. Capablanca had perhaps the greatest natural talent for chess ever seen. A prodigy, he developed rapidly and effortlessly to become the foremost player in the world, easily beating Lasker for the title of 3rd World Chess Champion. Capablanca's amazing style of play is characterized by his precision and iron logic, combined with almost complete freedom from error. Handsome and debonair, his rapid rate of play gained him star status with his adoring public who dubbed him "The Chess Machine."

* 1,214 games played by Capablanca - the most complete collection ever!
* 16 text documents of biography and recollections about Capablanca
* 80 games annotated by Capablanca, with full text commentary
* Theme keys, photos, and even music by Capablanca's friend Andres Segovia!
* 3 e-books by Capablanca: The Capablanca-Lasker Match, 1921, My Chess Career, and Chess Fundamentals
* Complete crosstables in .pdf format
* The ChessBase Reader included - no other software needed!