A Game You Won't Believe

An aspect of chess research which I really enjoy is the fact that you never know where it'll take you. The other day, while doing some research for a book I'm writing, I came across a really cool little oddity: a game from a 1924 Jose Capablanca simul in which the great man actually lost to an amateur in less than twenty moves.

Here's the backstory: I was researching the famous "Orangutan game" from the New York 1924 tournament in which Savielly Tartakower allegedly introduced the move 1.b4 to the chess world. The fact is that the move had already been around for a long time; Tartakower and Richard Reti had both played 1.b4 prior to the famous NY 1924 Tartakower-Maroczy game. But I stumbled across an interesting oddity: about two weeks before Tartakower's 1924 game, Capablanca (then the World Champion) had played 1.b4 in a simultaneous exhibition held as a side event to the NY 1924 tournament, and lost the game to a (then amateur) played named Alexander Kevitz.

Before we look at the game itself, we need to stress that Kevitz was by no means a weak player. It's difficult to assess his ability in 1924 as this simul game against Capa is the earliest known game of Kevitz' on record. But we do know that Kevitz later played in the first U.S. chess championship, held in 1936, and finished eighth with a score of 7.5 out of 15, ahead of such well-known players as I.A. Horowitz, Herman Steiner, Arnold Denker and Weaver Adams.

Admittedly a game played in a simultaneous exhibition isn't a serious event by any means, but it was still something for the twenty-one year old Kevitz to crow about: he didn't just beat the World Champ, but did it in less than twenty moves.

I'll warn you that this game was tested on Canadian lab rats and Capa's play is so baffling that it caused brain damage in some of the test subjects.

4.f4
It's not unusual for White to ignore the threat, but this pawn is a bit radical, loosening White's Kingside. The normal sequence goes 4.Nf3 Nf6 5.a3, although the "Bird"-like text move has been played. My guess is that Capa didn't want to block the f-pawn before developing the Knight. 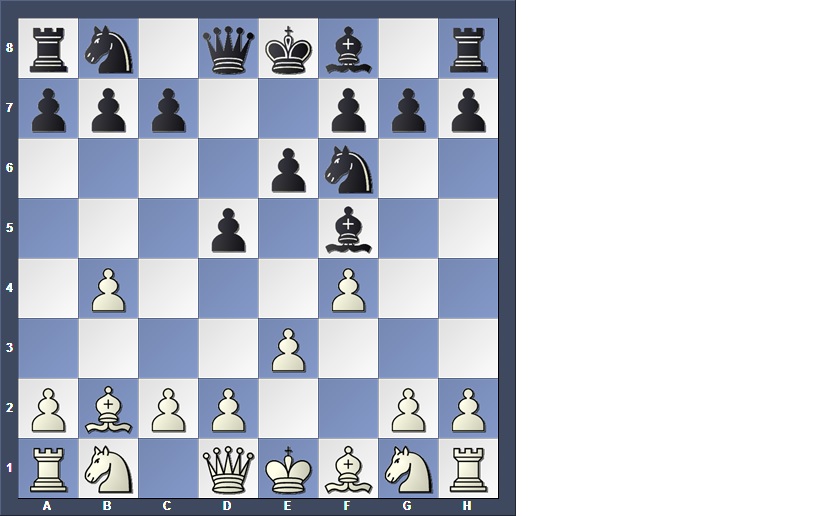 8.c3
Here's where it gets weird. Why not just play Bc3 and offer the trade? 8.Bc3 Bxc3 9.Nxc3 relieves the pressure and allows the possibility of a future Rb1.

8...Be7
And now the Bishop can come crashing in at h4 later.

10.Ng3
Forced; the Knight must move to allow the King a flight square. This is the point at which Capa must've started sweating bullets.

This is honestly one of the ugliest games I've ever seen. If I had the ability to go back in time, I'd love to meet Capa and ask him, "What were you thinking??"