The following is "a possible restoration" of an unknown Paul Morphy chess game given by Mr. A.G. Sellman, which appeared in issue #1 of The Internation Chess Magazine (Jan. 1885) edited by Wilhelm Steinitz.

One of the most interesting reminiscences connected with the deceased chess king that has been handed down to posterity, is the following position which occurred in a game played at Paris, between Messrs. Morphy and Delannoy, the former giving the odds of pawn and two moves (Black, Delannoy; White, Morphy): 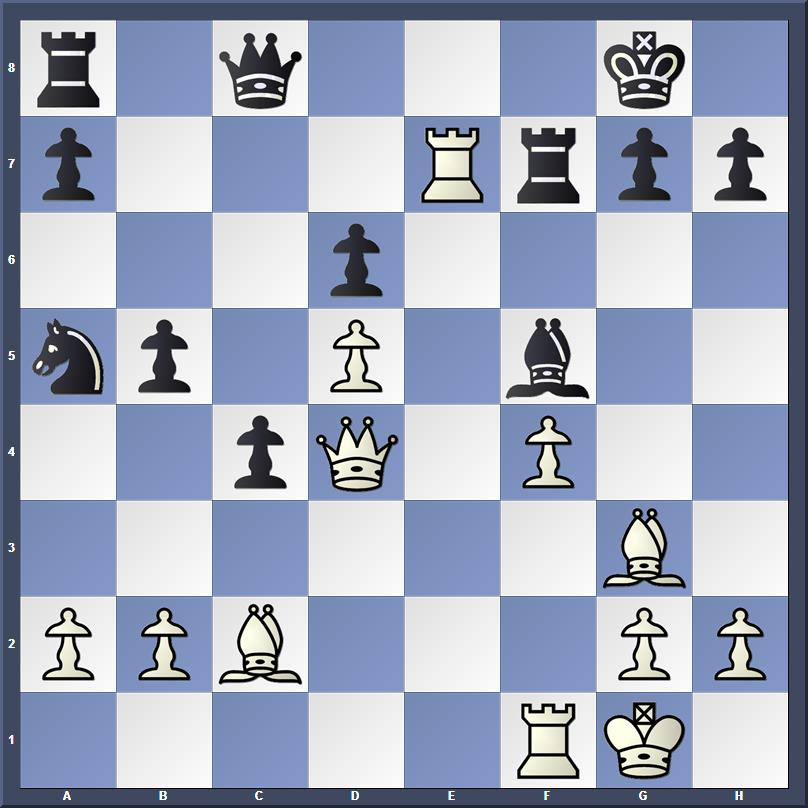 At this point, White (Mr. Morphy), having the move, played 24.Rfe1; his opponent replied with 24...Bxc2, and Mr. Morphy then forced the game. The late Mons. Delannoy, in a number of Bretano's Monthly, in reference to his move just previous to the position arrived at, and the subsequent train of play that followed, says:

"My position, in all appearance, was indeed magnificent. All at once I moved a piece, attacking a Bishop, a hot-brained fellow, strutting like the frog before the bullock, and cried: 'Go away, you fool!' Morphy rested twenty-three minutes before he moved. I could not understand the hesitation of the master to preserve this Bishop. No, he lets me take the Bishop, and moves only, and quietly, a Rook. I seized this proud Bishop. I am rather satirical, and I cried out: 'It was really of no use crossing the Atlantic to show us such a move as that.' 'Well, you have taken my piece.' 'Of course, Parbleu! It lies there skinned, spitted, ready for the cook.' 'Now I am going to give you another, a Castle; you will be obliged to take but nine moves after I give you a checkmate.' He said right."

Mons. Delannoy, however, does not give the position in illustration, but Bretano, in a footnote, supplies the omission with the remark: "It will, perhaps, gratify Mons. Delannoy and many of our readers if we give them an opportunity of examining this interesting end game." The position was first published, I believe, in Morphy and Fiskke's Chess Monthly during the year 1859. Now, owing to the peculiarities of the position, I contend that Mons. Delannoy must have been in error when he stated that his move just previous to the diagram was ...Bf5, for it seems obvious, that instead of moving this Bishop, wheresoever it came from, he might safely have taken off Mr. Morphy's Rook stationed at e7. I believe, therefore, that Mons. Delannoy's last move, in lieu of the Bishop play, must have been 23...Rf7. In support of my conclusion I give the following as a possible restoration of the game down to the position in question:

The great amount of labor necessary to supply the previous moves of the partie so as to accord exactly with the end game, and yet keep in sight the while that to all the moves must be given a reasonable show of plausibility, will, I hope, serve as sufficient excuse for all shortcomings.