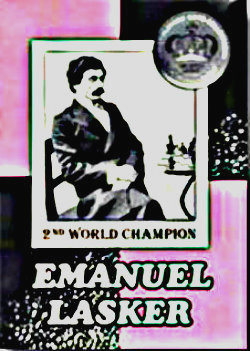 Emanuel Lasker - A dashing young man with a passion for philosophy appeared on the global stage in 1894 to challenge the reigning World Chess Champion Wilhelm Steinitz. Emanuel Lasker, 25, faced the 58 year old Steinitz in a three city, grueling match, in which the first man to achieve 10 outright wins would wear the crown of World Chess Champion.

The first six games of the match were a head-to-head struggle, with each man winning two games and drawing two games. Then Lasker gathered his resources and went on to win the next two games, charging ahead to capture the title. Lasker became the 2nd World Champion in Montreal, with a score of ten games to five with four games drawn. He would retain the World Chess Championship title for a incredible record of 27 years.

Now you can relive all of Emanuel Lasker??s incredible games when you purchase?ÿ Emanuel Lasker - 2nd World Champion. This program is the most complete collection ever compiled, containing 630 games, covering his entire career. All the games have been deeply annotated by GM Khailfman and renown IMs.

As a bonus you will also receive a complete biography of Emanuel Lasker plus tournament and match records, as well as a number of rare photos

But that's not all!

In each CD you will find a special interactive tutorial section, Play as Lasker with 203 quiz positions. The challenge is to find not only the strongest but the most?ÿ beautiful moves that were played by Lasker in his games. The tutorial will help you develop a playing style, similar to?ÿ Lasker's style of play, which emphasizes perfectly combined logic, highly developed technique (endgames in particular) with a psychological approach toward the opponent.

??Most ideas of chess art are unimaginable without Lasker?? He sets an example for chess players both of the present generation and generations to come???? -Alexander Alekhine, 4th World Chess Champion.