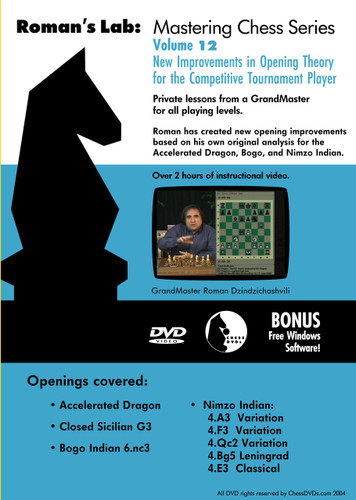 Maximize Your Opening Success with Black

Over 2 Hours of Video Chess Instruction and New Chess Theory on DVD!

Roman recommends his own solid but ambitious lines to confront some of White's most solid chess openings - and the unsound openings! These lines will allow you get the most out of the opening and achieve a higher success rate.