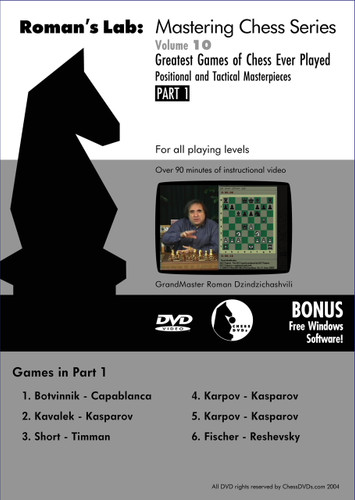 On this chess Video Download Roman selects and analyzes 6 of the greatest games ever played by the top world-class players. The criteria for selection of these positional and tactical masterpieces was a high level of play by both sides and how the game contributed to the history of chess.