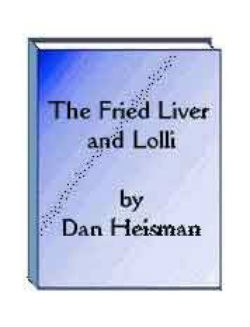 The Fried Liver and Lolli Gambit
by Dan Heisman

Computer guru Dan Heisman returns, and this time he's cooked up a treat in the legendary Fried Liver Attack! This volume continues NM Heisman's examination of the Two Knights Defense (1.e4 e5 2.Nf3 Nc6 3.Bc4 Nf6) with White responding 4.Ng5 - a "duffer's move" if you believe Tarrasch. After the classical 4...d5 5.exd5 many players of Black will make the obvious 5...Nxd5 recapture, but here's where the fun really starts! White now launches either the infamous Fried Liver Attack (6.Nxf7), or the labyrinthine Lolli Attack (6.d4), with spectacular play in both cases. Pity the poor player who wanders into these byways unprepared! And now we can add that anyone who hasn't read this book is most certainly, and completely, unprepared!

For over 400 years Black's 5...Nxd5 has been considered a beginner's trap, to be punished by the Fried Liver or Lolli. But now Heisman, backed up by his silicon monster, says that Black's game may be quite tenable - in fact, White has to play with precision to hope for any advantage at all!

What's the story? Simply put, this ancient variation has now been re-shaped by 21st century computing power, and the primitive attacks seen in former days no longer apply. If you're ready to shock your opponent, if you enjoy watching him crumble in the complications, then you'll love this ChessCentral e-book!

Here's what you get with The Computer Analyzes the Fried Liver and Lolli:

* 10 in-depth Surveys of the opening, plus 2 extensive ChessBase Reports.
* Almost 4,200 games, more than found anywhere else!
* Detailed opening keys, so you can find the games you want instantly.
* 6 text documents to guide you through the book, explaining the important ideas!
* Annotations, commentary, analysis, medals...and many extras!

The most complete and comprehensive treatment of the Fried Liver and Lolli ever seen - don't be caught on either side of the Two Knights Defense without this book!