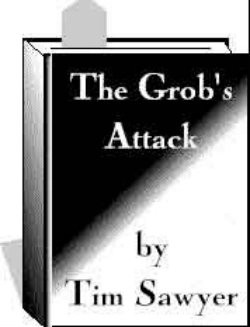 Welcome to the exciting and radical world of Grob's Attack! This is an offbeat chess opening based on attacking immediately with 1.g4!? on the first move. White intends to pressure the long diagonal of light squares while also threatening to launch a Kingside pawn storm. Also known as "The Spike" or the "Macho-Grob," there is no other opening quite like it. Even if you don't study the Grob for White, remember that you cannot avoid it as Black.

Many Masters have played it over the years, and even an occasional Grandmaster. Henry Grob himself was an International Master, but well-known players like Keres, Basman, and Skembris have used 1.g4!? to good effect. There are many advantages in playing the Grob, including the simple fact that it cannot be prevented. One can play Grob's Attack all the time as White, no matter how Black responds. The Grob is a great opening to play for its surprise effect. As White you will be better prepared, playing faster and more confidently than your opponent. Also, there is little established theory, so you can virtually ignore all opening manuals for the White pieces - this book offers a tremendous edge in theoretical firepower!

Sawyer's treatment is not of the "White to play and Win" variety; he recognizes that no Grandmasters currently use the Grob Attack as their primary weapon. He writes, "Has any World Champion played the Grob in a major tournament game as White? No. Grob's Attack is a many-flawed opening that contains some tricky aspects, allowing the tactically superior player to catch unsuspecting opponents in unusual combinations. So, go out and Grob to your heart's content. Laugh and have fun, but don't bet the farm on this opening!"

Here's what you get with the Grob's Attack e-book:

* The Introduction gives the history of this opening, along with an overview of its main features.
* The main chapter links all the theory and relevant games in one convenient document.
* 10 Surveys and 11 Opening Reports.
* Detailed opening keys, allowing you to pinpoint any variation instantly.
* Over 6,200 Grob games - the largest collection anywhere.
* A complete bibliography of the opening...even a photo of Henry Grob himself!

Don't wait until someone plays 1.g4!? against you - get the Grob's Attack e-book today!