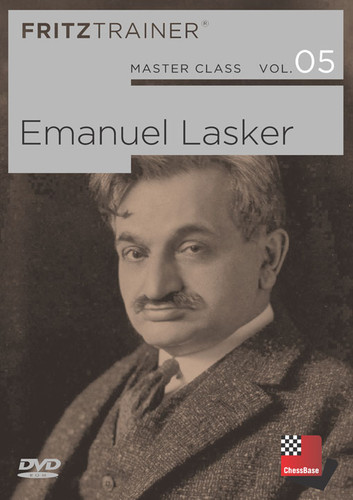 The name Emanuel Lasker will always be linked with his incredible 27 years reign on the throne of world chess. In 1894, at the age of 25, he had already won the world title from Wilhelm Steinitz and his record number of years on the throne did not end till 1921 when Lasker had to accept the superiority of Jose Raul Capablanca. But not only had the only German world champion so far seen off all challengers for many years, he had also won the greatest tournaments of his age, sometimes with an enormous lead.

The fascinating question is, how did he manage that? Previously the answer frequently given was – psychology and luck. But this thesis has been refuted by authors who have to be taken seriously. Lasker’s secrets are obviously to be sought elsewhere. On the ChessBase Video Download a team of experts delves deeply into Lasker’s play.

In more than 6 hours of video (both in English and in German) the authors cast light on four important aspects of Lasker’s artistry. Niclas Huschenbeth has looked into Lasker’s openings. Our tactics expert Oliver Reeh challenges you in our interactive format: can you too find Lasker’s brilliant moves? Mihail Marin describes the second world champion as an original strategic player who took his decisions based on the specific features of the position. For Karsten Müller, Lasker was a great pragmatist and a superb defensive player, which is reflected in the selection of endgames he has chosen to discuss.