If White intends to play 1.f4, Bird's Opening, he can expect to meet From's Gambit with 1...e5 fairly often. This popular attack guarantees an exciting game with many complicated byways, and both players have to know a bit of theory if they are to fight on equal terms. But if White can early on direct the game into uncharted territory - uncharted for his opponent! - then his chances of success are much improved. 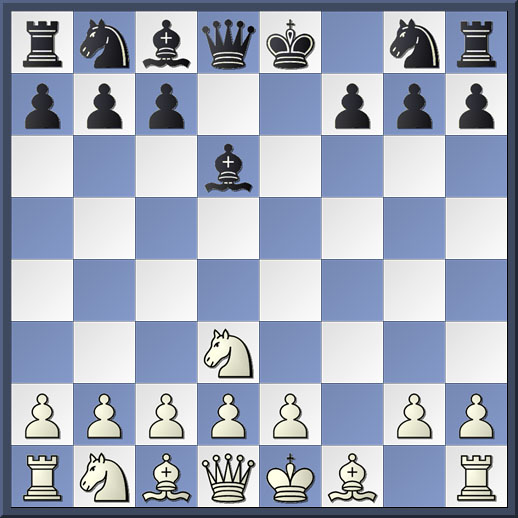 This strange retreat is either not discussed in opening manuals, or dismissed in footnotes as a simple error. However, a few minutes of analysis should convince skeptics of White's fundamental health in this position. Here we offer one of the few games featuring this variation, with a few notes to stimulate discussion.

"Fascinating", as Spock would say. And should White need more encouragement to try this unexplored system, it should be observed that he holds a slight plus in the handful of 5.Nd3!? games available. So enter the arena unafraid - victory awaits the brave!