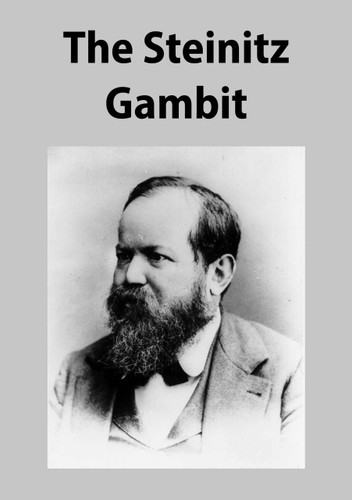 The undercurrent of exchanged glances and suppressed smiles, raised eyebrows and knowing looks - these were the high tide of expression allowed in the tranquil calm of the playing hall. Had the venue been other than Dundee's Chess Congress of 1867 there might have been calls of "man overboard!" on that September morning. For in the first round a remarkable lapse in navigation occurred at the board of Wilhelm Steinitz, who as captain of the White pieces deliberately sailed into the shoals of 1.e4 e5 2.Nc3 Nc6 3.f4 exf4. Admittedly a normal Vienna gambit so far, which authorizes 4.Nf3 next and then Black 4...g5, etc. But Steinitz occupied the center with 4.d4 at once, allowing 4...Qh4+, whereupon he resolutely advanced 5.Ke2. There having beached himself on King's second, the White monarch dauntlessly faced the grappling hooks and boarding parties of Gustav Neumann, commanding the Black forces.

Nautical embellishments aside, Steinitz did encounter ridicule when he attacked with his King on the fifth move. Even today on first seeing 5.Ke2 we want to laugh, especially after reading Steinitz's explanation that now the White King is "available for both wings in the ending." The mirth begins to evaporate, however, as one stares at the forward berth of White's King while considering certain facts. First, Steinitz plundered the enemy shoreline (sorry) in that game, winning against Neumann in 34 moves. Second, the future world champion kept playing this variation, again and again, over the next 30 years. Third, articles appeared about the new "Steinitz Gambit" and other strong masters adopted the opening. Most remarkable of all, the White King actually tended to be available for both wings in the ending!

Very clearly, Steinitz introduced his new line only after much thought and private testing. He had begun to formulate a theory about the "fighting monarch," and Steinitz's signature gambit was the result of those reflections. Fashions change, and public chess attention has focused on other novelties, so that only 500+ examples of the Steinitz Gambit in action exist. The playing style of today is not what it was, but the theoretical standing of this opening is excellent. The Steinitz Gambit remains a valid means of struggling to win with the White pieces.

This newly updated eBook contains 2 text documents along with 6 Surveys of the Steinitz Gambit, followed by over 500 games - with about 30% annotated. There is also a detailed Opening Key of almost 50 classification positions, to guide you through the opening variations. There's even a photo of Steinitz himself!

National Master Bob Leininger has long favored this variation, and helped to put together the present study. He writes:

"One thing became clear to me in sifting through games for this project, that the Steinitz Gambit is indeed completely sound, offering incredible possibilities to each side. When using the computer to aid in tactical searches, I was surprised how often the computer misjudged the position because, in my opinion, the tactics are so long-winded that the machine doesn't carry out the combination far enough before making a judgement.

"Certainly here is an opening in which the better prepared player has an extreme advantage over the board, and possibly against a computer as well. Without a doubt the Steinitz Gambit is filled with exciting moves and combinations, with many traps and pitfalls."

Bob only aligns himself with a key doctrine of the modern school in chess by taking up 5.Ke2, and it is difficult to present any analytical reason not to employ the Steinitz Gambit – while the practical and psychological benefits accruing to White are obvious. Many adventures await those players who relish exploring uncharted waters, who fancy tacking about just at the latitude where sailors of old fell off the edge of the world.

The chess principles that guided Steinitz in his games and writing have been completely absorbed by today's player. The World Champion's ideas about doubled pawns, the isolated d-pawn, pawn islands ("groups," he called them) and the value of a Queenside pawn majority – these are now basic to our understanding of chess. Accumulating small advantages, maintaining balance in the game, and patient maneuvering for position have all been accepted and refined by succeeding generations. But the most fundamental tenet held by Steinitz concerns the role of the King itself in chess play, and here his teaching remains largely ignored and unassimilated by modern players.

In his book, The Modern Chess Instructor, Steinitz wrote that "...it is specially as regards the powers of the King that the modern school deviates from the teaching and practice of old theorists....and we consider it established that the King must be treated as a strong piece both for attack and defense." Far from being an abstract theory, Steinitz made his belief in a strong King one of the chief characteristics of his playing style. It can easily be seen how often Steinitz delays castling until after his opponent has done so, or forgoes castling altogether, or even leaves his King completely unmoved. This trait allowed Steinitz to complete other piece maneuvers, in the opinion that "a few simple precautions" are needed for the King safety, perhaps only a single minor piece "within convenient reach."

Steinitz devised or adapted entire opening systems built around the strength of his self-reliant King. For example, in the Scotch Game after 1.e4 e5 2.Nf3 Nc6 3.d4 exd4 4.Nxd4 Qh4 Black wins the e-pawn but will have to play ...Kd8, and Steinitz used various lines of the King's Gambit in which White cannot castle but has compensation. There is also the Ruy Lopez maneuver in which White plays the Queen's Knight from b1 to d2 to f1 and e3 (or g3), all before castling. However, the most dramatic test of the strong King theory is the radical "Steinitz Gambit," following the moves 1.e4 e5 2.Nc3 Nc6 3.f4 exf4 4.d4 Qh4+ 5.Ke2. 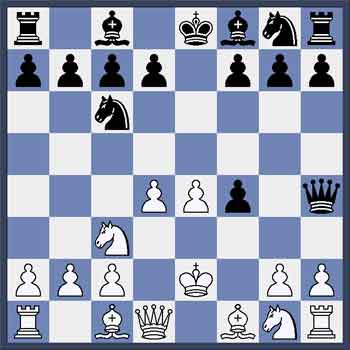 First seen in Steinitz-Neumann, Dundee 1867, this amazing position was upheld by Steinitz throughout his career. In the London 1883 Tournament Book he wrote, "the main object of this Gambit is to make the King available for both wings in the ending. There is hardly any real danger for White in the present position, and he ought to obtain some advantage in consequence of his King being in the center, if he succeeds in exchanging Queens...." Steinitz held that direct attempts to exploit White's King position "...will be more dangerous for the opponent than for himself." In particular, any such attack would leave behind pawn weaknesses or uncoordinated pieces to be targeted in the endgame.

This dynamic opening plan, so strange at first sight, was tested extensively during the lifetime of Steinitz, and eventually adopted by others, including Tschigorin. The gambit has never been refuted – a testament to the basic correctness of Steinitz's idea.

Exactly how strong is our "fighting monarch", or what is the King worth in chess? Noting that previously the King was considered stronger than the Knight or Bishop in the endgame, Steinitz declared himself "...inclined to extend this valuation to all parts of the game...", and goes on to describe the King plus one nearby pawn as equal to an unsupported Rook. The King is indeed a powerful piece, and Steinitz employed its active qualities as efficiently and economically as he did those of his other forces. There is much still to be learned from Steinitz's theory of the fighting King!